Short interest figures for the middle of September were released after the close on Tuesday, so we have just updated our regular report on short interest trends for the market, sectors, and individual stocks for clients. Below we wanted to quickly highlight the stocks with the highest levels of short interest as a percentage of float. The list below shows the 29 stocks in the S&P 1500 that have more than a third of their free-floating shares sold short. Through yesterday’s close, the 29 stocks listed below have been crushing the market with an average gain of 8.14% (median: 6.03%), compared to the 1.24% gain for the S&P 1500. So, unlike August, where the most heavily shorted stocks were creamed, they’ve seen quite a bounceback in September.

In terms of individual stocks, the most heavily shorted stock in the S&P 1500 is Applied Optoelectronics (NASDAQ:AAOI), which has nearly three-quarters of its float sold short, and behind AAOI another nine stocks have more than half of their float sold short. These names include Dillard’s (NYSE:DDS), RH (where the CEO just purchased 14K shares on Tuesday), and Shake Shack (NYSE:SHAK). 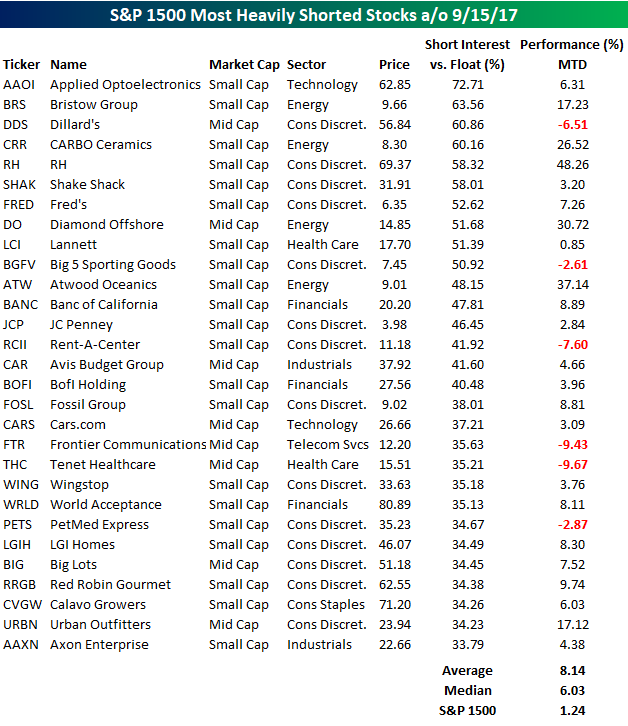